The beta build of the Fallout 4 Survival mode is now available on Steam. 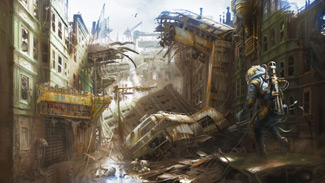 Although Fallout 4 was already a wildly popular game, there are a lot of gamers who wanted something more. Specifically, they were looking for a hardcore survival mode, something akin to the hardcore mode in Fallout: New Vegas. As of yesterday, Bethesda has answered the call, as the game's Survival Mode entered Steam beta. What began as a project in an internal game jam ended up as a full project that every Fallout 4 owner can play. Here's what you need to know:

First off, here's how you get the beta:

There are a number of changes the Survival Mode brings to the game. For example, the only way to save your game is by sleeping in a bed for at least an hour. That's a major change for lots of gamers, and it should really affect decision making.

That's a big change. Here are a few others:

That's just a sampling of the dangers that await you in Survival Mode. If you want to read more about the mode and learn about the philosophy behind the changes, you can do that on Bethesda's official site.

If you've tried out Survival Mode already, let us know what you think in the forums!