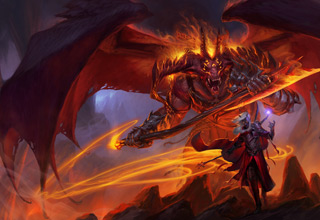 The developer of the recent Dungeons & Dragons game Sword Coast Legends has closed down.

n-Space was started in 1994 by Erick S. Dyke, Dan O'Leary, and Sean Purcell, who met while all three worked at GE Aerospace. Over the years, they've ported Call of Duty games to DS, developed Marvel: Ultimate Alliance 2, and most recently made Sword Coast Legends.

Ben Leary was an artist at the studio, and he posted a long message on Twitter about the closure. In it, he praised the efforts made to keep the company open, and lamented the fact that they were unsuccessful. You can read the full text of the tweet embedded below.

While Sword Coast Legends may not have been a smash hit, it was still good enough to garner three and a half stars from then-Escapist Managing Editor John Keefer. Regardless of how you felt about it, it always sad when a studio, especially one with such a solid track record, is closed down.