The Nvidia GPU Technology Conference is next week (April 4), and according to a shipping manifest, it looks like the company will be showing off their newest flagship video card. 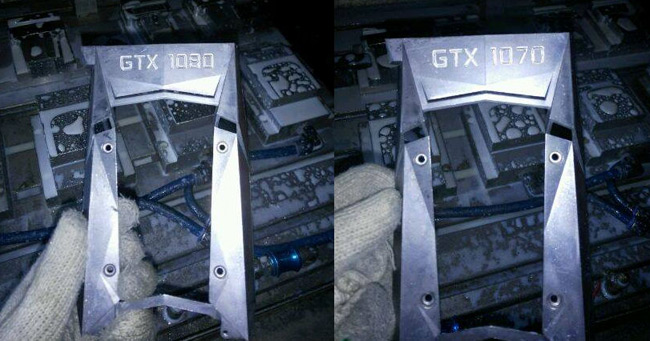 According to a report on WCCFTech, the newest Pascal chips are about to be shown off. While this report doesn't claim to know the branding for the new cards, a second report on Videocardz.com claims to have photos of the cooling shrouds for the new cards (photo shown above).

While there's no way to know if these photos are legit, the GTX 1080 and GTX 1070 branding would be consistent with the progression Nvidia has used in the past. We'll have to wait until next week to see if they're accurate, but I wouldn't be surprised at all if the new Kepler-driven GPUs turn out to look just like this.