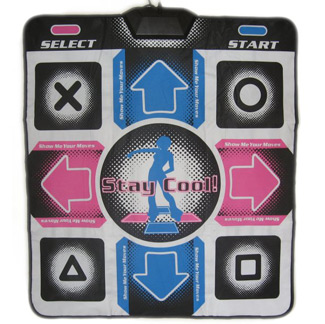 If you thought that getting to the level cap in World of Warcraft took a while, how long would it take if you used dance pads as controllers instead of your keyboard and mouse?

That's how long it took Twitch user Rudeism, who did exactly that. Yesterday, his quest was finally completed, and as you might imagine, he looked a bit exhausted. That's no surprise, since he made the final push over a seven hour long stream.

While this accomplishment is impressive, it's just another in the long list of games that Rudeism has conquered using alternative controllers. His Twitch profile lists his other successes, which include beating Portal and CS:GO with a guitar controller, and finishing Mirror's Edge using a steering wheel.

Rumor has it that he's going to take on Dark Souls with his dance pads next, which should be interesting.