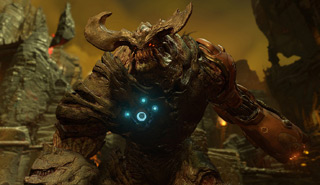 The open beta for DOOM kicks off next weekend, and Bethesda has announced a Season Pass for DLC.

If you missed out on last weekend's Closed beta test for DOOM, you'll get your shot at trying out the upcoming shooter next weekend. The open beta will begin Friday April 15 and conclude Sunday April 17.

It will include the same content as the closed beta: two game modes (team deathmatch and Warpath) across two maps (Heatwave and Infernal). Players on all three platforms (PC, PS4, and Xbox One) will be able to jump in.

Bethesda also announced their plans for post-launch DLC content. It's a mix of free and paid DLC, with player-created content available at no cost. id will also add updates to SnapMap, the software players will use to create content, free of charge. In addition, all new multiplayer game modes will be free.

The three paid DLC packs will bne priced at $14.99 each. As you might expect, there will also be a Season Pass available at $39.99 that will net you all three. The first of these packs is due "this summer" and will include the following:

If you checked out the closed beta, what did you think? Is DOOM on your must-buy list?