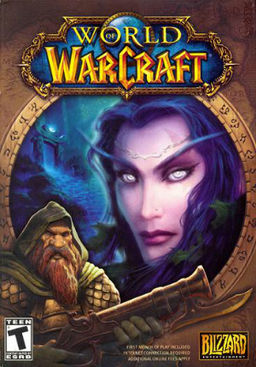 One of the most popular private World of Warcraft vanilla servers is shutting down after receiving a cease and desist from Blizzard.

World of Warcraft may be headed for its sixth expansion, but there are a lot of players who yearn for the days of the game as it was at launch, known as "vanilla" WoW.Since Blizzard doesn't offer an option to play on these types of servers, pirated versions of the vanilla servers often show up.

One of the most popular of these servers was Nostalrius Begins, a private server run by a group of volunteers. The group has 800,000 registered users and over 150,000 active users, according to their own statements.

The Nostalrius servers offered players a chance to play WoW as it was in the the beginning, and the team behind it was in the process of adding progression just as the original game did, with the 40-player Ahn'Qiraj raid.

The Nostalrius team received a cease and desist notice from Blizzard earlier this week, and in response, the group announced that the servers will close down as of 23:00 server time, April 10, 2016.

This isn't surprising, as private servers have always been illegal under Blizzard's rules. But this may not be the end for the server, at least not entirely. In the announcement that the servers were closing, the team also announced plans to release all their work for others.

"Today is also the day where Nostalrius will start being community-driven in the truest sense of the word, as we will be releasing the source code, and anonymized players data (encrypting personal account data), so the community as a whole will decide the form of the future of Nostalrius. We will still be there in the background if you want us to, but will no longer take the lead."

Of course, anyone else who starts up a project like this will be likely to receive the same response from Blizzard. That's why the team at Nostalrius also penned a petition letter to Mike Morhaime, the President of Blizzard Entertainment. In that letter, they urge the company to consider creating legacy servers of its own.

The company has been asked for years to create such servers, and has always stated that it would not do so. Tom Chilton, WoW's lead designer, had this to say about private servers in a 2010 interview with WoWHead.

Currently, my answer would be probably not. The reason I say that is because any massively multiplayer game that has pretty much ever existed and has ever done any expansions has always gotten the nostalgia of, "Oh God, wouldn't it be great if we could have classic servers!" and more than anything else that generally proves to be nostalgia. In most cases - in almost all cases - the way it ends up playing out is that the game wasn't as good back then as people remember it being and then when those servers become available, they go play there for a little bit and quickly remember that it wasn't quite as good as what they remembered in their minds and they don't play there anymore and you set up all these servers and you dedicated all this hardware to it and it really doesn't get much use. So, for me, the historical lesson is that it's not a very good idea to do *laughs* - it's a great idea to talk about.

What do you think? Should Blizzard pull the plug on these servers, offer their own, or just ignore them entirely? Tell us what you think in the forums!