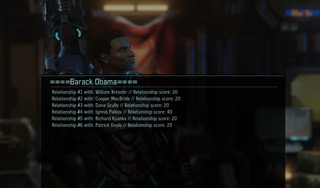 If you love XCOM 2, but you wish you could be rewarded for building relationships between your soldiers, you're going to love this new mod from modder RealityMachina. The Squad Cohesion mod lets you get buffs (and debuffs) for all your squad members based on their relationships with their fellow soldiers.

After every mission, soldiers can gain (or lose) cohesion points based on the outcome of the mission. A flawless mission with many enemy kills will obviously award more points than a failed mission where a soldier was lost or captured.

As the cohesion level rises, your soldiers will get more powerful buffs. Of course, there are also some negative effects. Soldiers who are close to members of their squad will more easily be shaken in a teammate is killed, as you might expect. You can see all the relationships and cohesion scores in the armory, and if you want to tweak the values, you can do that by editing one .ini file.

It's a neat idea, and could make the implicit relationships you create among your XCOM 2 soldiers that much more tangible.

You can grab the Squad Cohesion mod in the Steam Workshop.

Agents of Cosplay: These Cosplayers Are Hardcore Liana Kerzner 0 Comments