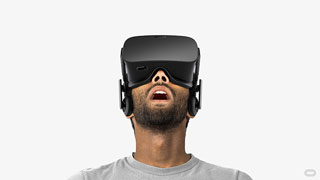 Oculus has had some shipping issues, but they say they've "taken steps" to address component shortages.

The Oculus Rift launched on March 28 to great fanfare, but the execution of that launch has been less than stellar. A component shortage has caused many people who pre-ordered the virtual reality headset to have their orders delayed, and now it appears that some won't see their units until June. While Oculus has waived shipping fees for numerous customers, those customers are still unhappy.

An Oculus representative told GamesIndustry.biz that the company is hoping to beat those revised ship dates.

"The component shortage impacted our quantities more than we expected, and we've updated the shipment window to reflect these changes. We apologize for the delay.

We're delivering Rifts to customers every day, and we're focused on getting Rifts out the door as fast as we can. We've taken steps to address the component shortage, and we'll continue shipping in higher volumes each week. We've also increased our manufacturing capacity to allow us to deliver in higher quantities, faster. Many Rifts will ship less than four weeks from original estimates, and we hope to beat the new estimates we've provided."

Hopefully Oculus can get its shipments back on track. Did any of you Escapists see your orders affected? How bad were the delays?