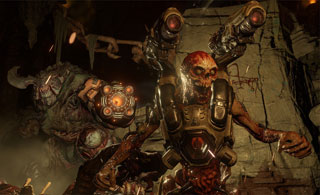 If you're planning to play in the DOOM open beta this weekend, you can pre-load now.

The open beta for DOOM kicks off this weekend, and now is the time to prep. You can now pre-load the beta on all three platforms, which means you'll be ready to jump in and mix it up as soon as the beta begins on Friday.

The open beta will include two maps and two game modes. You'll have access to seven of the game's weapons, as well as one playable demon. id has also said that there will be new armor sets, new taunts, and new hack modules to try out.