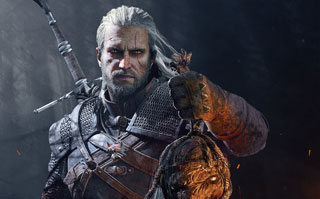 Did a Polish gaming website accidentally reveal the release date for The Witcher 3's Blood and Wine/ expansion?

A Polish gaming website may have let the cat out of the bag on The Witcher 3's Blood and Wine expansion release date. The expansion was originally planned for a Q1 2016 launch, which would have put it releasing sometime between January and March.

Although there's been no official announcement from CD Projekt Red, Polish site GRYOnline listed the expansion release date as Tuesday, June 7. When asked by GameSpot, CD Projekt said that "No official date had been announced."

Obviously, this could just be a placeholder date, or something that was erroneously entered.

The Blood and Wine/ expansion is expected to be roughly twice the size of the first expansion, Hearts of Stone. CD Projekt says that it will take place in the city of Toussaint, and will "take Geralt to a land untainted by war, where an atmosphere of carefree indulgence and knightly ritual masks an ancient, bloody secret."

We'll have to wait and see if we hear more about the Blood and Wine release date during PAX East.