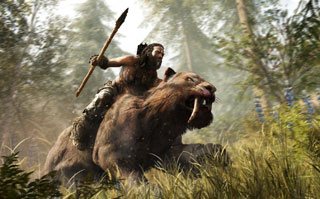 Ubisoft has added a Survival Mode and 4K support as free content for Far Cry: Primal.

If you've been looking for a bit more challenge in Far Cry: Primal, Ubisoft has you covered. They've added a free Survival Mode with a permadeath option.

It also adds a stamina bar that will run out as time passes. Replenishing the bar requires the player to sleep. The minimap is turned off by default, and the amount of the fog of war removed by exploration will be much less.

Other changes include the addition of a timer to ammo crafting, as well as the player now being more vulnerable to cold. Most importantly, it weakens tamed beasts, and makes acquiring them harder.

All the info on the Survival Mode can be found in the Ubi blog post on the subject.

You can even fire up your 4K monitors, as this patch also added the 4K textures to the game.