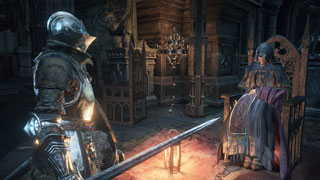 Dark Souls 3 will get its first DLC this fall.

We've know for a while that Dark Souls 3 would have DLC, thanks to the Season Pass that showed on Steam and other sites. Now, Bandai Namco has confirmed that the first DLC for will be launching this fall, but they have yet to say what's included in it.

We can make some educated guesses, though. The description of the Season Pass offers some clues: "Challenge yourself with new maps, bosses, enemies, and additional weapon and armor sets. Prepare yourself once more and embrace the darkness." It also tells us that we can expect two expansions, although there's no mention of when the second one might launch.

It sounds like we can expect more of the gameplay that's made Dark Souls 3 a hit among gamers. There have been some issues with the PC version, which the company says they are "investigating," but despite these issues, reviews for the game remain largely very positive.