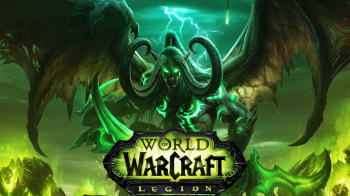 World of Warcraft's next expansion, Legion, is set to release on August 30th.

Blizzard has announced that Legion, the upcoming expansion for World of Warcraft, will be releasing on August 30th. Players who pre-order can receive an instant level 100 character boost, as well as early access to the new Demon Hunter class.

"Legion opens a dark and thrilling new chapter in one of the Warcraft series' greatest conflicts, and things will never be the same for some of Azeroth's most iconic heroes and villains," said Blizzard CEO and co-founder Mike Morhaime. "This expansion is loaded with features and content that give players whole new ways to explore the world and customize their heroes. We're looking forward to sending everyone into battle against the Burning Legion this August."