After 150 years of cold war, All Walls Must Fall has you tinkering with time to fell the wall and end the cold war.

Indie studio inbetweengames was founded by former Yager developers after the cancellation of their ongoing project, Dead Island 2 last summer. The team announced today the studio's first major project, All Walls Must Fall, a combat tactics game set in Berlin in an alternate future where the cold war never ended. Details are still somewhat scarce, but the info we do have offers a few hints as to what we can expect. 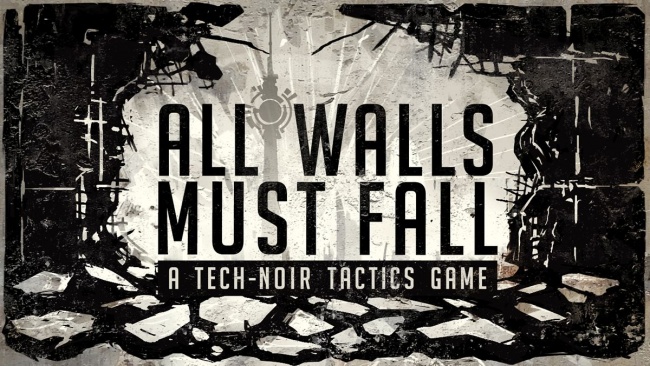 The tactical combat is done in pausable real time, with "actions on the beat of the music," which sounds a lot like Crypt of the Necrodancer, though I'm not sure how that might play out in this particular instance. The reference to "mind bending time manipulation abilities" certainly offers a lot of potential for dynamic combat. It may be a simple "rewind" feature, which we've seen before, but the devs certainly have the sort of chops to get away with something a bit more distinct.

The game's premise alone is enough to guess that the developers have something to say, and the announcement certainly supports that. The announcement describes it as a "parable that reflects on free will, moral ambiguity and the meaning of freedom," featuring "inclusive representation of the people of Berlin including their diverse cultural, sexual and gender identities."

The game's message may be a bit heavy handed, but AAA devs going indie so they can stay true to their own vision is always great to see.