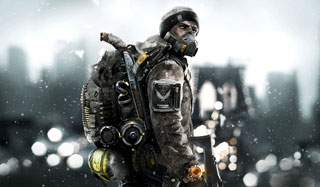 The Division players are receiving hundreds of Phoenix Credits from Ubisoft.

The Division has had some issues of late. Problems like backpacks locking players out of the game, broken dailies, boss glitches, and disappearing characters have plagued the game. In an effort to make amends for these disruptions, Ubisoft is going to be handing out Phoenix Credits to players.

Players affected by the backpack bug or disappearing character bug will receive 500 Phoenix Credits and 10 of each High-End crafting material (division tech, electronics, fabric, gun parts, and tools) sometime within the next two weeks. These credits can be used to purchase higher-quality gear and blueprints. The crafting materials are used to create gear from those blueprints.

Additionally, anyone who logs in to The Division this weekend will receive 150 Phoenix Credits as compensation for the daily challenges that didn't update for three consecutive days.

Ubisoft announced this compensation during its weekly "State of the Game" stream on Twitch. They also discussed efforts to curb cheating, among other things.

You can watch the entire stream over on The Division's Twitch channel.