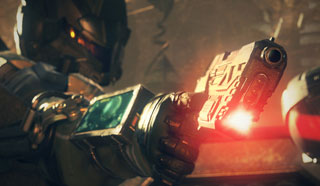 If you've been waiting for the Call of Duty: Black Ops 3 mod tools alpha test, today is the day.

About a month ago, Treyarch announced to the Black Ops 3 community that the alpha test of the game's mod tools was coming soon. Today, the developer announced that it has begun sending out invitations to the participants selected for that closed alpha.

This alpha will be used to "lay the foundation for an Open Beta," Treyarch said in the announcement post. Once it's complete, and the results have been analyzed, the company plans to "kick off the subsequent Open Beta stage of testing in the following months."

This is exciting news for modders, as Black Ops 3 will soon become the first Call of Duty game with mod tools since Call of Duty: World at War, which was released almost seven-and-a-half years ago.