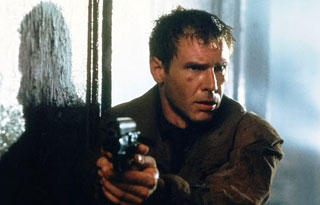 Alcon Entertainment has announced that they have changed the Blade Runner sequel's release date. Unlike most changes, this isn't a delay. Instead, the film will now release three months earlier than expected, on October 6, 2017.

Story details have not been revealed, but the screenplay was written by Hampton Fancher and David Peoples. The project is directed by Denis Villeneuve. There's also no word on what the project will be titled.

With Star Wars: The Force Awakens, another Indiana Jones film, and now the Blade Runner sequel, we're just an American Graffiti reboot away from filling up our "Harrison Ford's early career" bingo card.