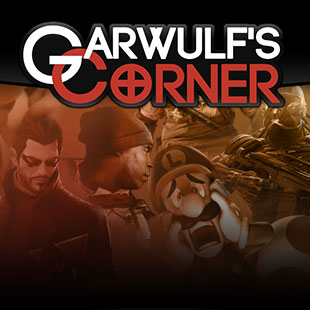 Former The Escapist columnist Robert B. Marks is bringing Garwulf's Corner to paperback, and you can pre-order it.

Fans of The Escapist will recognize the name Robert B. Marks. He authored Garwulf's Corner and Fooling Garwulf, two columns that ran here in recent years. Mr. Marks is now bringing his columns and an assortment or other material to a new book titled, An Odyssey into Video Games and Pop Culture: The Collected Garwulf's Corner from The Escapist and More

As part of this collection, you'll find all of the following:

Said Marks of the new book,

"This is a very exciting time to looking at pop culture - but it also feels much more like a 'Thunderdome of ideas' than a marketplace. To be able to return as a columnist, to have the chance to help restore the marketplace of ideas we once had, to provide some perspective that is all-too-often missed in modern outrage culture - and, most of all, to have my readers meet me halfway in every single installment - was more than I could ever have hoped or dreamed."

You can pre-order a copy over at Amazon.