If rumors prove to be correct, we could learn about this year's Call of Duty next week.

A pair of Call of Duty-related rumors are making the rounds today. The first seems to show that the newest game in the long-running series will be revealed next week. Jim Sterling tweeted a photo earlier today that appears to be a retailer's advertising sheet that shows off the phrase "Call of Duty Reaveal[sic]" with a set date of May 3. 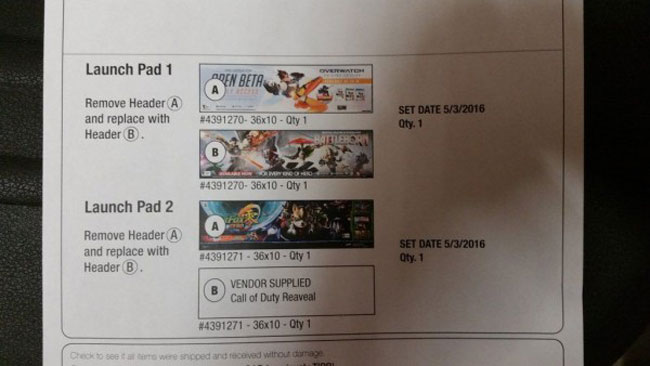 Add to that a Reddit post from user Goontmyfries that features a screenshot he says he captured from the PlayStation Store showing what appears to be the title of the game as Call of Duty: Infinite Warfare.

That would be a fitting title if the game turns out to the sci-fi shooter that was rumored a few weeks back. Activision has previously said that the game would be shown off at E3 this year.

There could be some truth to this rumor, as Activision has a scheduled investor call on May 5 to release its first quarter financials. Announcing the newest game in its billion-dollar franchise would certainly help their stock price going into that call.

Still, the misspelling in the above image does leave one skeptical. We'll reach out to Activision and see if they have any comment.