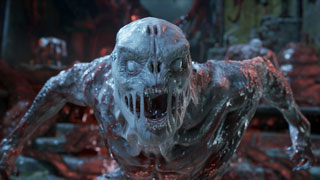 These new screens of the Gears of War 4 campaign are suitably cool.

The Gears of War 4 beta kicked off today, and Microsoft has released several new screenshots from the game's singleplayer campaign.

You can see the screenshots in the gallery below.

We already know that the final game will have microtransactions.

The beta ends on May 1, and if you hit level 20 before then, you'll earn exclusive rewards when the game actually launches on October 11 on Xbox One.