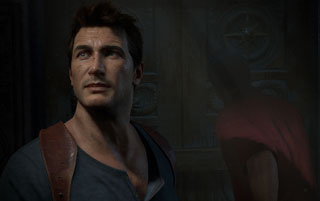 Sony is working with police to try and recover copies of Uncharted 4 that were stolen in transit.

When copies of Uncharted 4 popped up on eBay earlier this week, the assumption most people had was that a store had broken the game's street date. Apparently, the explanation is actually a bit more interesting than that.

In a post on the PlayStation Blog, Sony's Shuhei Yoshida reported that a number of copies of the upcoming game were stolen in transit, and that the police are now involved. Sony is cooperating in the investigation.

Yoshida went on to say that Sony wants to protect fans from spoilers, saying, "Please rest assured we will be very vigilant to protect you from this as far as we can so you can enjoy Uncharted 4's experience to its fullest on May 10th." Naughty Dog Creative Director Neil Druckmann echoed that sentiment on Twitter.

Uncharted 4 is just two weeks away! As we get closer it'll get harder and harder to control leaks. Stay vigilant. Big surprises in store.— Neil Druckmann (@Neil_Druckmann) April 26, 2016

Uncharted 4 is scheduled to launch on May 10 for PS4.