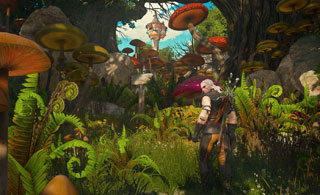 A few more details have come to light about The Witcher 3 Blood and Wine expansion, including a release window.

In a video interview with German website Gamestar, a CD Projekt representative revealed some more information about the coming Blood and Wine expansion.

There was a lot of information about the upcoming expansion in the interview. First up was the release window. While no definitive release date has been set, they did say that Blood and Wine? will be out before E3.

They also discounted the idea of remastering the first two Witcher games, and said that they will not be releasing a retail version that includes all three games. They did say that they might consider a Game of the Year edition of Witcher 3 that would include all patches, expansions and DLCs.

Also of interest were the details on the expansion itself. The new region of Toussaint will apparently be as large as all the islands of Skellige combined. The graphics of the new area have been improved as well, and if you've seen the screenshots, you can definitely believe that.

Hopefully we'll see more in the way of trailers soon, but at least we know the wait for the expansion won't last too much longer.

NOTE: All the information in this post was obtained thanks to a translation by Reddit user Pawel95.