Something is being announced tomorrow that relates to Dawn of War, but what?

The long-running Warhammer 40,000: Dawn of War franchise could be getting another game soon. The Dawn of War YouTube channel posted a new video today that is simply a screenshot featuring the words "May 3 7 AM PST / 3 PM GMT." 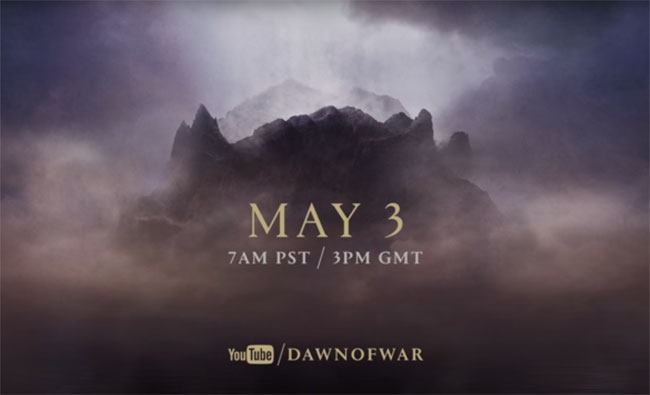 There's obviously no further info on what the announcement might be, but I think I can safely say that we all want it to be another Relic-developed RTS in the series. It's been seven years since Dawn of War 2 and 12 years since the original, so it's high time we got back to it.

Relic's been quiet since releasing Company of Heroes 2: The British Forces last year, so it wouldn't be a huge surprise to see them gearing up for a new project.

We'll let you know what it is tomorrow morning.