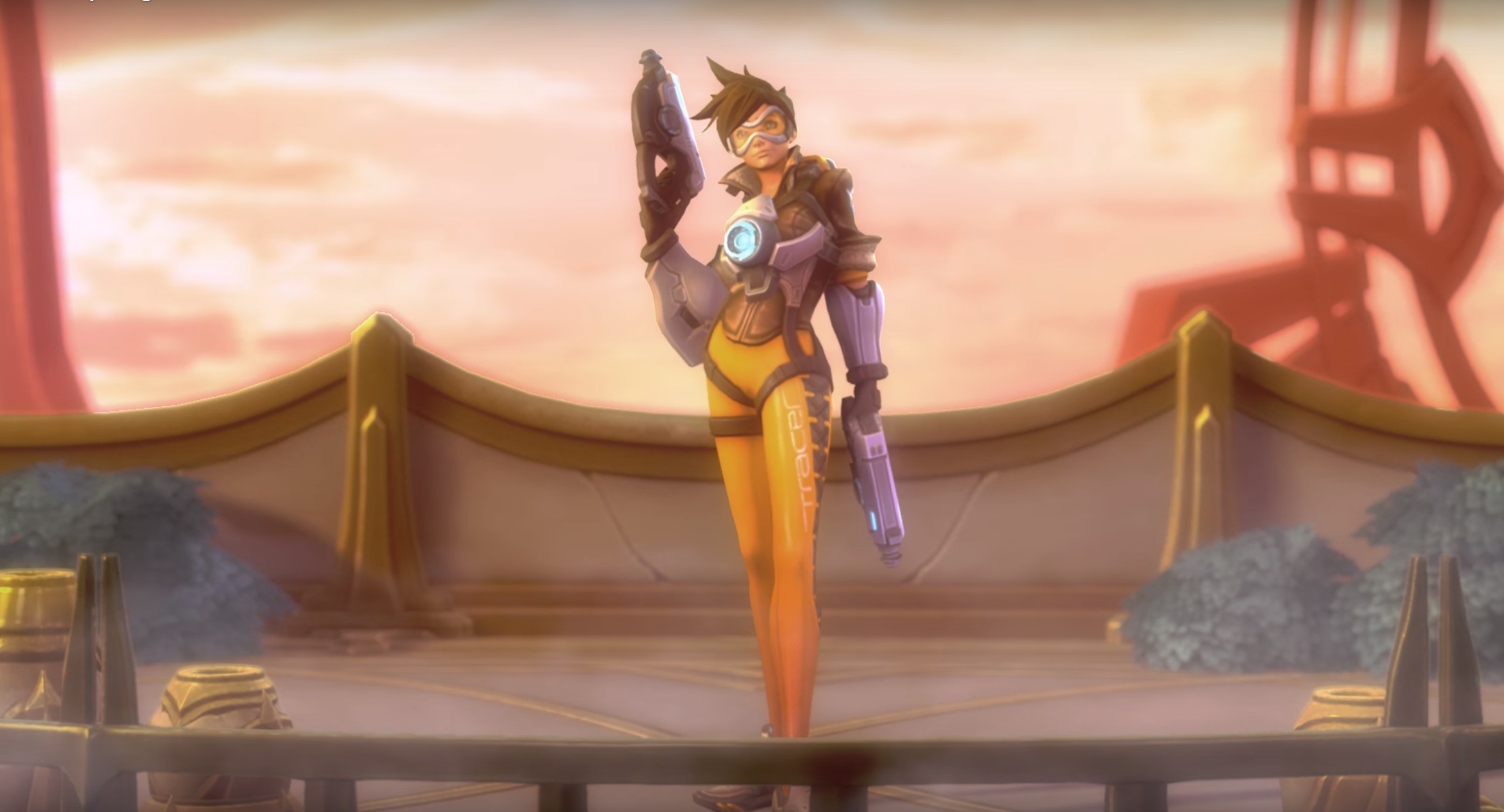 "Tracer is performing just a little too well on all fronts."

Tracer, the first Overwatch character to make her way to Heroes of the Storm, was made available for everyone on April 26 (April 19 if you pre-ordered a digital copy of Overwatch: Origins Edition on PC), and leading up to her release a number of people were concerned that she would be an overpowered hero. Unfortunately that did end up being the case, but luckily Blizzard is on it and will be releasing a patch tomorrow, May 4, to tone her down a bit.

"As we're sure many of you have noticed, Tracer is performing just a little too well on all fronts," Blizzard said in the patch notes' accompanying comments. "While we are excited to bring her to the Nexus, we understand that in the right hands, she can be an absolute terror to the enemy team. We're lowering her health, basic attack damage, and increasing Recall's cooldown to make her less universally powerful. We're going to be giving back some of that basic attack damage on her level 16 talent tier to further separate Sleight of Hand from the other options, which should help the choice between more Pulse Bomb charges vs. stronger basic attacks feel like a more meaningful decision."

"We also saw an opportunity to help improve her talent pick rates, so we're making minor adjustments to Pulse Strike and Slipstream," Blizzard continues. "We'll continue to keep a close eye on her, as we believe she is similar to Illidan, where the right place from a balance perspective is more narrow than most of our other heroes."