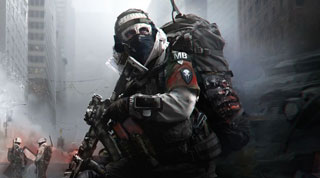 Daily missions have vanished from The Division again, but developer Ubisoft Massive says they are working on a "permanent solution."

Stop me if you've heard this before: Daily missions have disappeared from The Division. Again. This is an issue that has been popping up since the game's first expansion released, and Ubisoft Massive is still working on a "permanent solution."

The daily missions are the main source of the game's Phoenix Credits, which can be used to acquire new high-end gear. When this happened previously, Ubisoft ended up handing out Credits to players as compensation.

We are aware that Daily Missions are missing once again today. A permanent solution to this recurring problem is being looked into.— The Division (@TheDivisionGame) May 3, 2016

While Ubisoft had previously released a patch that was supposed to fix the issue, it's apparently still not fully addressed.

The issues The Division has had have been piling up, and even big fans of the game have to getting tired of them. Hopefully Ubisoft can address these issues soon.