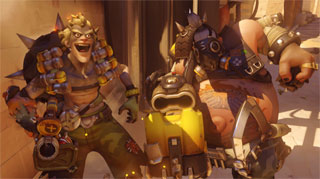 When the Overwatch open beta kicks off later this week, you won't be able to try out the ranked Competitive Play mode. It's apparently being tweaked for addition to the game once it launches.

In a post on the Overwatch forums, Game Director Jeff Kaplan said, "We've been reading feedback from the community and taking it all to heart. As a result, we've temporarily disabled Competitive Play for Open Beta so that we can rework the system and make it better." Competitive Play will return "sometime after Overwatch launches" on May 24.

If you played the closed beta, you got a couple of weeks to try out Competitive Play, and that's what provided the feedback Kaplan references.

The early access beta is already underway for those who pre-ordered on PC, PS4, and Xbox One. If you pre-ordered before April 29, you should be playing right now. If not, you can jump when when the open beta kicks off on May 5.