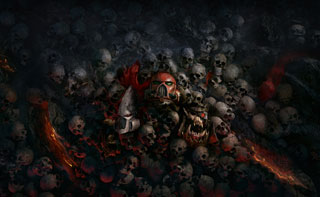 These screenshots show off a first look at gameplay in Dawn of War III.

Dawn of War III was announced yesterday, and there was much rejoicing. The only thing that could have made us more excited would have been getting a look at gameplay.

Thanks to the folks over at PC Gamer, we can now do just that. The screenshots posted below show off units locked in combat. There's nothing shown of base building, but you can catch a glimpse of an orbital strike impacting. It really does nothing more than make us want even more looks at gameplay, but it looks like this is all we're getting for now.

Dawn of War III is currently in production at Relic Entertainment, and is due to release in 2017.