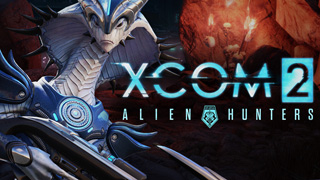 The second DLC pack for XCOM 2 is coming next week.

There's more alien goodness coming to XCOM 2 next week, as 2K and Firaxis have announced a second DLC pack titled Alien Hunters. The add-on will bring a new mission, new gear, new additions to the Avenger, and of course, new Ruler alien units.

Once you've completed the new narrative mission, the Rulers - the Viper King, the Berserker Queen, and the Archon King - will randomly appear in your campaign. Each one brings its own unique weapons and tactics, and if you can't take the Ruler out quickly enough, it will escape and return later.

You won't have to take on these new threats with your existing gear, though. The Alien Hunters DLC brings four new weapons to XCOM 2.

Of course, all this new weaponry does have a catch. They're prototypes, so if you lose one on the field of battle, it's gone for good.

There are also four new sets of armor, each one created from the corpse of a Ruler alien. Each has its own unique abilities. The Icarus Suit, for example, basically gives its wearer a jetpack to fly around the battlefield.

Alongside the DLC, XCOM 2 will receive a patch that not only adds compatibility for the DLC, but also fixes some general bugs, rebalances the multiplayer, and optimizes performance.

2K does have one important note, though. If you already own the Reinforcement Pack, you should not purchase Alien Hunters. It's included in the pack, but if you purchase it separately, you will be charged.