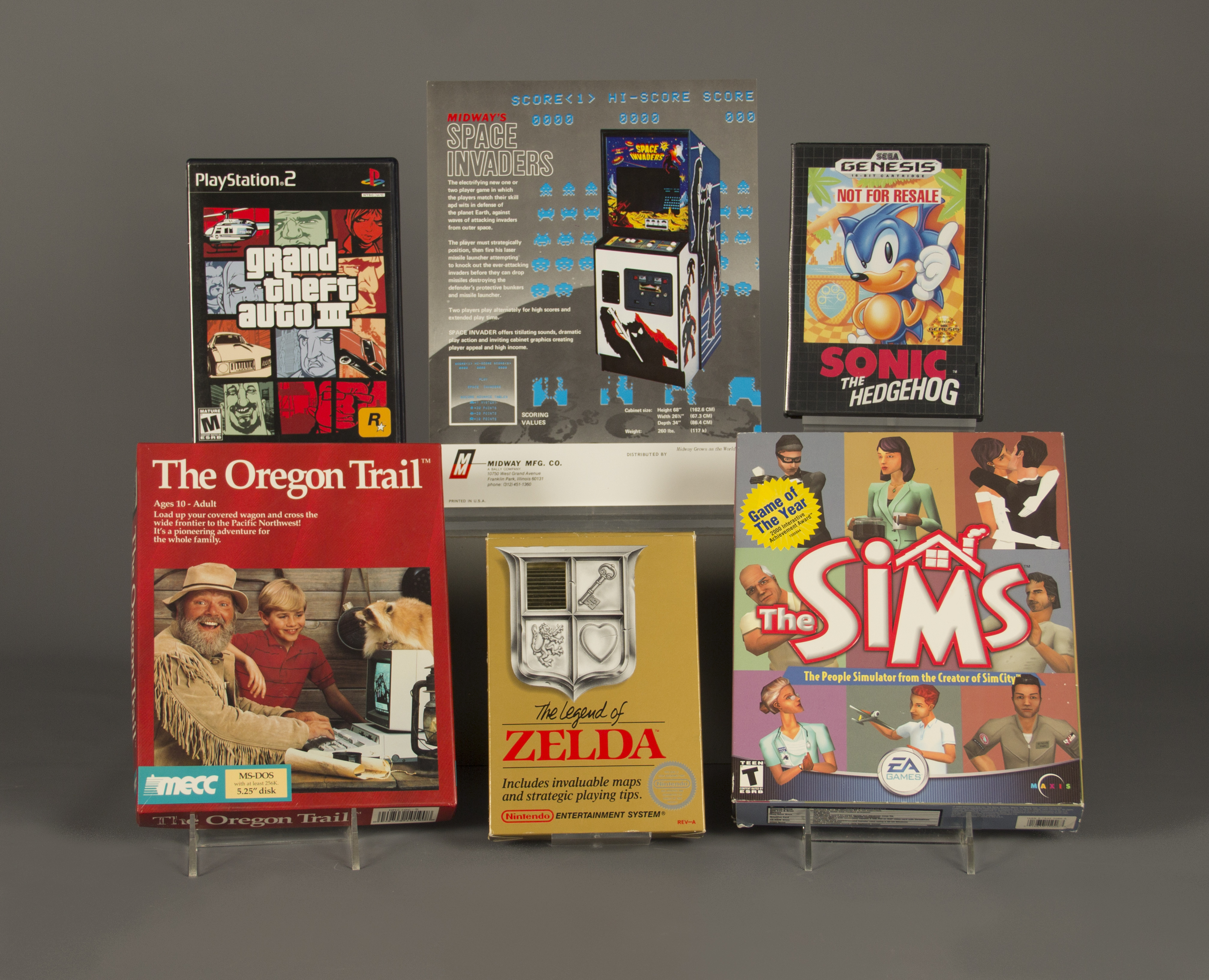 The Strong announced today the 2016 inductees to the World Video Game Hall of Fame.

In June of 2015, The Strong National Museum of Play inducted its inaugural class in its newly established World Video Game Hall of Fame. The games inducted were Pong, Pac-Man, Tetris, Super Mario Bros., DOOM, and World of Warcraft.

Today, The Strong announced a new group of inductees that will join those ranks: Grand Theft Auto III, The Legend of Zelda, The Oregon Trail, The Sims, Sonic the Hedgehog, and Space Invaders were selected from the 15 finalists. The games that didn't make the cut this year were Elite, Final Fantasy, John Madden Football, Minecraft, Nurburgring, Pokemon Red and Green, Sid Meier's Civilization, Street Fighter II, and Tomb Raider.

Nominations were accepted through February 29, and games were considered based on the following criteria:

Icon-status - the game is widely recognized and remembered
Longevity - the game is more than a passing fad and has enjoyed popularity over time
Geographical reach - the game meets the above criteria across international boundaries
Influence - the game has exerted significant influence on the design and development of other games, on other forms of entertainment, or on popular culture and society in general.

Final selections were made on the advice of journalists, scholars, and other individuals familiar with the history of video games and their role in society.