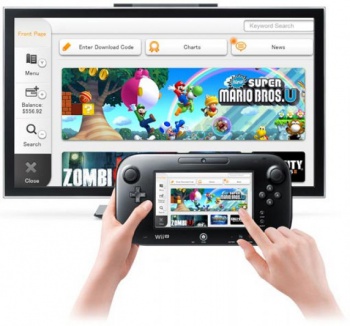 GameStop CEO Paul Raines says that while the Wii U was all around disappointing, he was impressed by the loyalty of Nintendo fans.

The Nintendo Wii U was a pretty disappointing console, as evidenced by the fact that Nintendo has moved its final blockbuster game to a "dual launch" title for the NX. In an interview with A list daily, GameStop CEO Paul Raines echoes this sentiment, and sheds a bit of light on just why the Big N feels the Wii U failed.

"Wii U was disappointing to everybody, including them. They made some bold bets, and maybe some of them didn't work out," said Raines. However, he applauded hardcore Nintendo fans, stating that "They're a very innovative group of people, so we never count out Nintendo. Even now it's incredible how strong some of their IP is-Pokemon, for example. We could have a Pokemon weekend this weekend at GameStop and we would break sales records just because every time they put out a new game they have a very loyal fan base. Super Mario, Zelda, all those IPs have a huge, loyal fan base."

He added that he is very excited for the NX, however, and believes that Nintendo's shift to the mobile market is definitely the right move. "A lot of the kids today have grown up only playing small games on their phones. As you introduce that exciting Nintendo IP and those characters, they're going to want more of that. We think that will push them into our stores to see the big games. They'll go, "Wow, there's actually a game I can play for months and months instead of a few days." That will be good for us. It will be very good for Nintendo, and we're very positive on it."

Were you disappointed in the Wii U? I basically bought mine just for Smash Bros. I'm glad its not my only gaming system, as there just isn't enough games on it...