In a video today, the release date, starter Pokemon, and box art were revealed for upcoming Pokemon Sun and Moon.

In a video today, the three starter Pokemon for Pokemon Sun and Moon were unveiled: Rowlet, Litten, and Popplio. Rowlet is a grass/flying type owl with a bow tie made out of leaves, Litten is a fiery kitten, and Popplio is a water-type seal pup. You can check out their descriptions from the official website below. In addition to unveiling the trio of starters, the video also confirmed a release date for the games: November 18 in North America, November 23 in Europe.

The video also gives a brief look at the gameplay - as well as the game's cover stars. 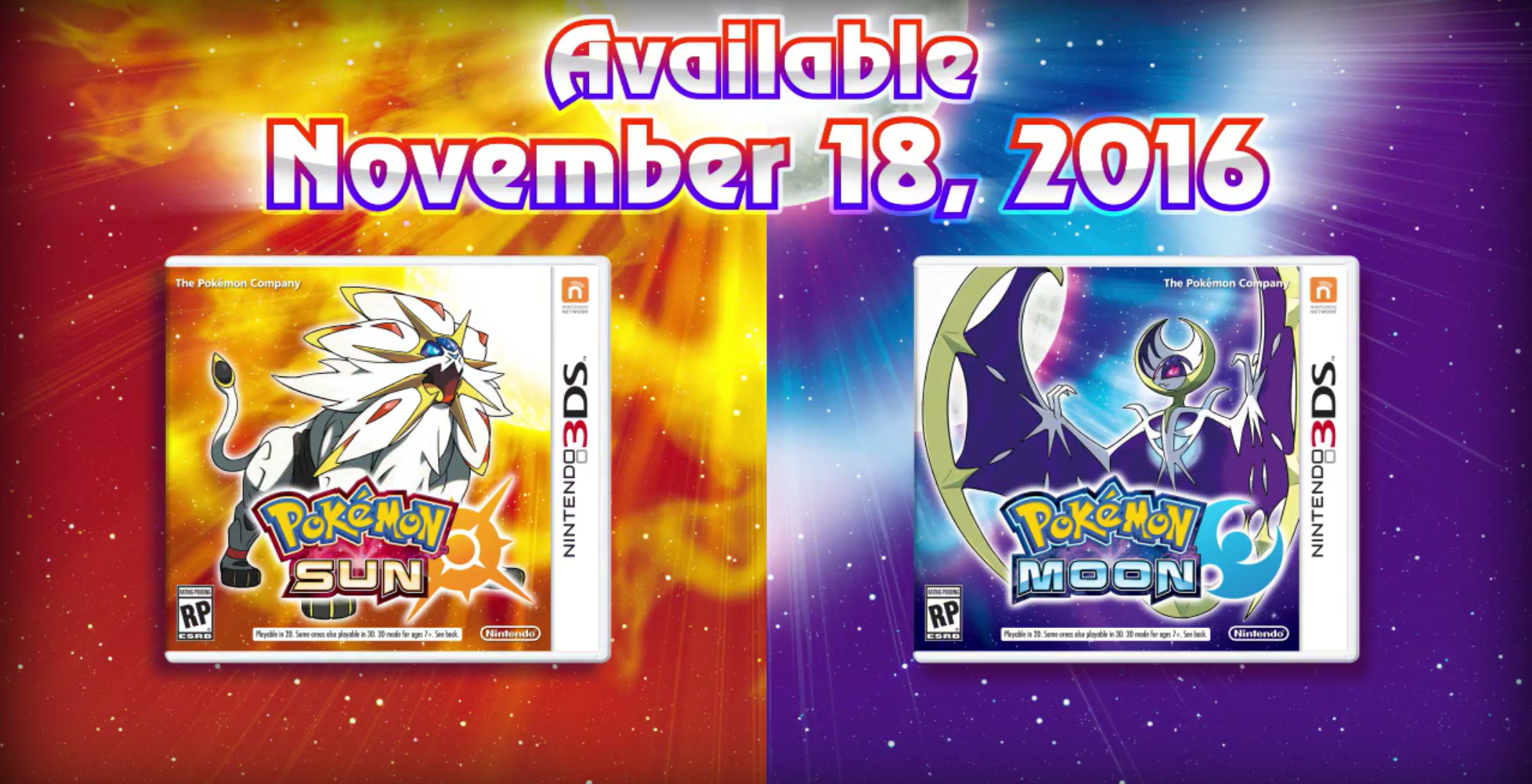 And now, more on your starters:

Rowlet: "Rowlet can attack without making a sound! It flies silently through the skies, drawing near to its opponent without being noticed, and then lashing out with powerful kicks. It can also attack from a distance using the razor-sharp leaves that form part of its feathers."

"Its visual abilities are impressive. The darkness of night is no obstacle to Rowlet! It can twist its neck nearly 180? from front to back so it can see directly behind itself. It has a habit of turning its head in battle to face its Trainer and receive instructions."

"The move Leafage attacks an opponent by striking it with leaves. Rowlet knows this move from the moment it becomes your partner!"

Litten: "Litten can attack with flaming hairballs! Its fur is rich in oils and immensely flammable. Litten grooms itself by licking its fur, and then uses the collected fur as fuel for fireball attacks!"

"When the time comes for Litten to shed its old fur, it all burns up in a glorious blaze."

"The move Ember attacks an opponent by firing a small flame at it. Litten knows this move from the moment it becomes your partner!"

Popplio: "Popplio can snort out balloons made of water! Watch it spin water balloons into a playful battle strategy!'

"Both frivolous and hard-working, Popplio can easily get carried away-unleashing enough power in battle to make quite a spectacle! But Popplio's determined spirit means it can usually be found practicing hard on its balloon skills.'

"The Water Gun move attacks an opponent by firing a jet of water. Popplio knows this move from the moment it becomes your partner!"