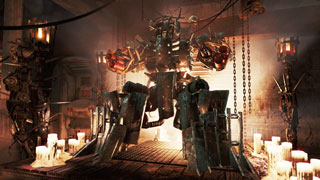 Fallout 4 mods will arrive on Xbox One in a beta later this month.

Console mods are coming to Xbox One as soon as this month, and to PS4 sometime in June. In a tweet yesterday, Bethesda confirmed that a closed beta is planned for Fallout 4 mods on Xbox One soon after the Far Harbor expansion releases on May 19. There's no mention of a specific date, but it seems possible that we could see the beta kick off before the end of the month.

In the same tweet, Bethesda announced that they have already seen over one million mods downloaded on PC, so it looks like the mod community for the latest Fallout game will be just as strong as it has for previous games in the series.

Bethesda launched the Creation Kit for Fallout 4 in late April.