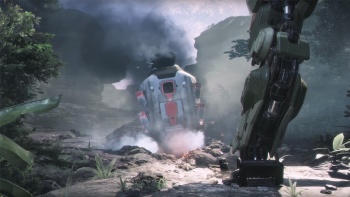 EA confirmed that Titanfall 2 will be in our hands by the end of 2016.

Titanfall was a great game that unfortunately lacked the staying power that online shooters need to survive, something that Respawn hopes to remedy with Titanfall 2. Well, the good news is that the wait is almost over, as EA games has confirmed that the mechtastic sequel will hit the PC, Xbox One and PS4 between October and December this year.

"We feel we actually have a really strong position to deliver the broadest set of gameplay mechanics as it relates to [the] first-person shooter genre across the two titles and feel very confident that we are well-positioned to do very well in that category in the year. Certainly you see the reception around Battlefield 1; we feel very good about that. The energy around Titanfall 2 is also building very nicely. We look forward to showing you more of both of those titles at EA Play in June."

For reference, Battlefield 1 currently has a release date of October 21, which would likely put Titanfall 2 into the November-December timeframe.

As for Titanfall 2, details are pretty scarce this time around but we know two pretty major features that were neglected from the first title will be present in the sequel: a singleplayer campaign and a PlayStation 4 release.