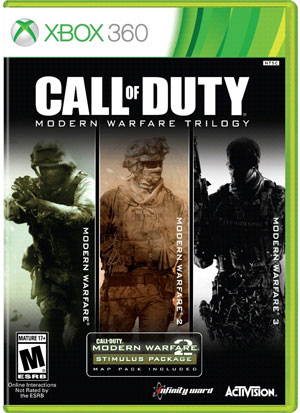 Looks like Activision is bringing the Call of Duty: Modern Warfare trilogy to last-gen consoles next week.

While neither Activision or Infinity Ward has announced the Trilogy yet, the May 17 release date means that they're likely to do so soon if it turns out to be real. Obviously, some of the details of the game could change once an official announcement is forthcoming.

It's not a huge surprise to see Activision trying to gin up interest in Call of Duty now that Infinite Warfare has been announced. It's also not surprising that they're not bringing this trilogy to PS4 and Xbox One, as they wouldn't want to compete with their recently announced Modern Warfare remaster, which is packed in with certain editions of Infinite Warfare, but will not be sold separately.

Hopefully we'll hear more about whether or not this is real very soon.