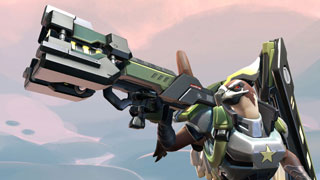 Battleborn is selling better than the first Borderlands, at least so far.

Battleborn has been out for about ten days now, and thus far, its sales numbers are looking pretty good. The folks at Gearbox are "cautiously optimistic," about the game's future, creative director Randy Varnell said on Twitch.

While no hard numbers were provided, it's worth noting that Borderlands sold nearly eight million copies. If Battleborn is on pace to improve on that, Gearbox has to be pleased, especially since the numbers seem to be improving. "We're seeing growth every day at a steady rate after a big burst of people at launch," Varnell said. Hopefully we'll continue to see that go up."