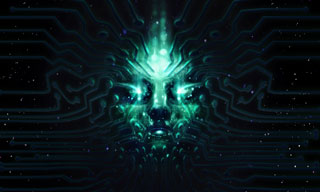 Nightdive Studios will bring the remaster of System Shock to Kickstarter in late June.

If you've ever wondered why gamers talk about System Shock in reverent tones, you may get the chance to find out, assuming an upcoming Kickstarter project gets funded. Nightdive Studios, the developer behind the [i]System Shock Enhanced Edition[/a], has announced their intention to Kickstart their previously announced remaster of the classic title. In a Facebook post over the weekend, Nightdive announced the date their Kickstarter will commence: June 29.

The remaster was first announced last year, alongside the news that System Shock 3 was also in development.

Nightdive Studios showed off a first look at gameplay in March with a pre-alpha video (embedded below). The System Shock website has the official statement on the remaster:

"After two decades, we are remastering and re-imagining the original System Shock. We will keep the new game true to the classic experience, keeping all the things you loved, while updating the user interface and graphics to use a modern day engine (Unity). With the help of the original concept artist, the original vision of the Citadel Station and its inhabitants will finally come back to life."