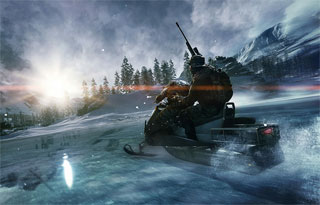 EA is continuing their free DLC plans for Battlefield 4 with Final Stand now up for grabs.

Two weeks ago, EA announced Battlefield 1, and as part of the run-up to that title, the company has been releasing the DLC packs for Battlefield 4 and Battlefield: Hardline for free.

The second of those free BF4 DLCs is Final Stand. It includes four maps set in a snowy landscape, as well as a bunch of futuristic weapons and gadgets. For example, there's the DS-3 DECOY deployable that not only puts a phantom player on your enemy's radar, it even simulates the sound of gunfire.

Until May 24, you can download the Final Stand DLC gratis on every platform. All you need to do is click the link below for the platform of your choice.