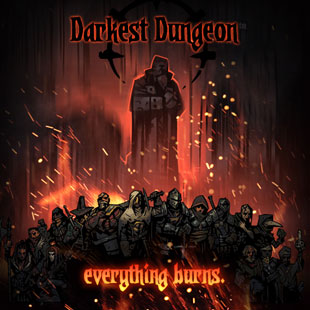 The new Darkest Dungeon update not only adds Town Events, it represents the fulfillment of the last of the Kickstarter game feature stretch goals.

Darkest Dungeon has definitely been a success story for both Kickstarter and Early Access. Tomorrow, Red Hook Studios will roll out a new update to the game that not only adds new content, it finishes off the last game feature stretch goal remaining. Red Hook says that it will now focus on producing the physical rewards for its successful Kickstarter.

The new update, titled "Everything Burns," adds Town Events. These events mean that when you come back from a quest, you may find that things in the Hamlet have changed since you left. You may have bonus recruits or extra supplies, but you could also find some local facilities closed. Red hook also says that "The Hamlet is not as safe as it once was..."

Other changes in this update include a default party order button, new visual effects in the Hamlet, and a number of other fixes.

The new update will land on Steam tomorrow, but if you're both adventurous and impatient, you can opt in to the beta branch right now. Instruction son how to do that, as well as a full list of the changes included in the update, can be found in this post on the Darkest Dungeon website.