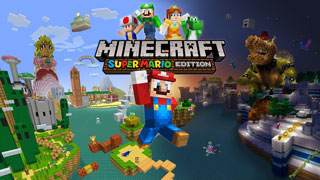 In another copyright fiasco, copyright claims from Nintendo are appearing on Mario-themed Minecraft videos.

Earlier this week, Nintendo rolled out the Super Mario Mash-Up Pack for Minecraft on the Wii U. The free DLC contained over 40 character skins from the Super Mario series, special blocks, and music from various Mario titles.

If you know the Minecraft community, you won't be surprised to learn that many fans were quick to start rolling out YouTube videos of their adventures in this new DLC. And if you've followed Nintendo's history on YouTube, you won't be surprised to hear that many of those YouTubers were quickly hit with copyright strikes from - you guessed it - Nintendo.

Developer 4J Studios, who developed Minecraft for all consoles (not just Wii U), quickly responded on Twitter, saying that it was investigating the issue with Nintendo.

We're hearing reports of copyright strikes on Super Mario Mash-Up videos. We were assured this wouldn't happen. Following up with Nintendo.— 4J Studios (@4JStudios) May 19, 2016

4J also responded to a tweet from a user , saying that "Nintendo are going to investigate and resolve," the erroneous claims.

While it's nice to see a (hopefully) quick resolution to the problem, this issue just underscores the differences between the companies that have embraced streaming and videos, and those that have not. Nintendo has largely been the latter, as this latest incident demonstrates.