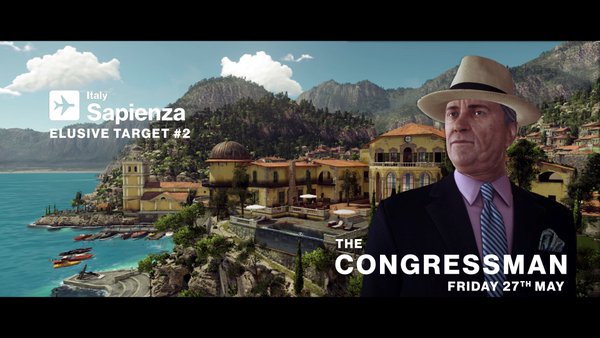 Square Enix has confirmed that the second Elusive Target mission in Hitman will go live next weekend.

Square Enix has announced that the second Elusive Target mission for Hitman will go live next Friday, May 27. This time, you'll be hunting down "The Congressman" in the game's Sapienza location. He will only be there for 48 hours.

As was the case with the first target, you have a single shot at the mission. Should you fail, your target is gone for good. According to Square Enix, only 53% of players successfully completed the first contract -Sergei Larin, The Forger. Somehow, someone was able to complete the mission within six minutes, whereas it took 34 minutes until the first Silent Assassin rating, of which only 9.9% of players achieved. 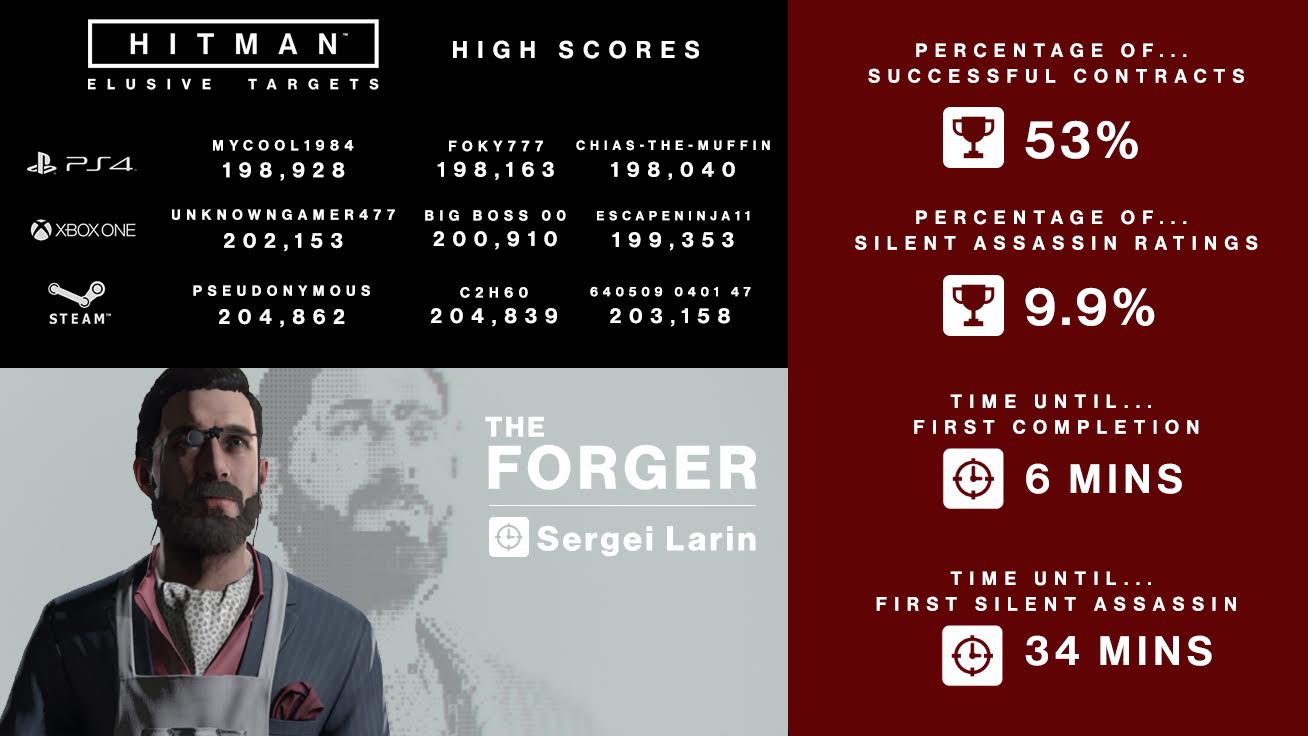