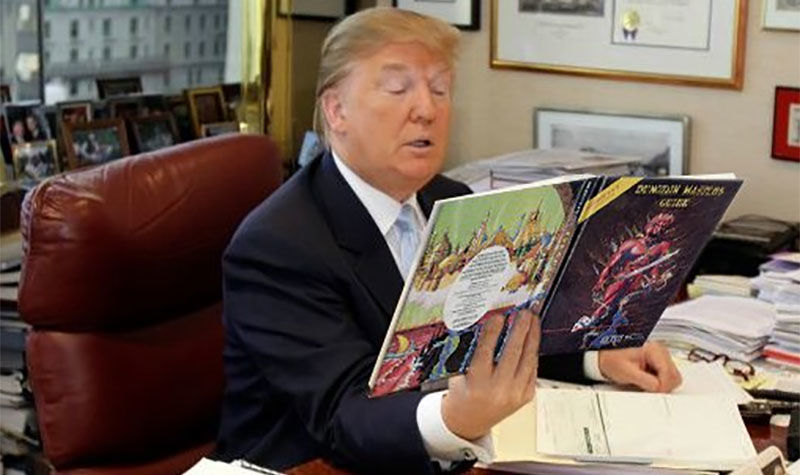 I'm a yuuuge fan of political parody Twitter accounts, but this one takes the cake. Dungeons and Donalds takes some of the Presidential hopeful's real quotes, including statements during debates and jabs at his political rivals, adding some DnD flavor in the process.

One of the tweets from the account took Trump's now infamous "taco bowl" image and photoshopped it to look like... well, check it out in the gallery below.

The account, which only has 39 tweets so far, has already picked up quite a following - as of the time of this posting, more than 20,000 people are following DungeonsAndDonalds.