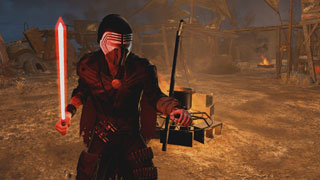 Mods are coming to Xbox One, and the beta has already begun.

Everyone knows that mods are coming to the Xbox One version of Fallout 4. If you've been following the process that's bringing them to console, you may have signed up for the mod beta already. If you did, you should check your inbox. Bethesda said yesterday that invites were going out for the beta, and you might just have one.

This news comes after Bethesda rolled out an update late last week to prep the Xbox One version of the game for mods. If you didn't get into the beta, you can still check out the list of mods that are available for Xbox One over at Bethesda.net.

There's no word yet on how long the beta will last, or if Bethesda plans to send out more invites later in the process. I'd expect that unless there's a major issue that pops up in the course of the beta, it won't be much longer until everyone is playing mods on their Xbox One.