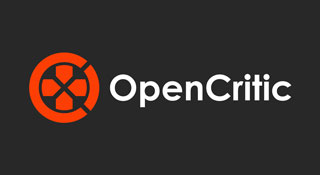 Using a method straight out of a Tom Clancy novel, OpenCritic appears to have found Metacritic sourcing review data from their site.

When OpenCritic launched earlier this year, it looked they'd be playing David to Metacritic's Goliath. After all, Metcritic has been aggregating review scores for years now, and not just for video games. But OpenCritic appears to be gaining relevance quickly, especially if today's news is any indication.

In a statement released on Twitter today, OpenCritic announced that they had found "review data and information" from their site posted on Metacritic. How did they know it was their data? Well, that's an interesting story.

If you're a fan of Tom Clancy's work, you may remember that in Patriot Games, Jack Ryan was said to have invented the "Canary Trap," a method of writing sensitive documents that made it easier to find out who had leaked the information if it got out. In the real world, this is known as a "barium meal test," and it involves using specific "tells" in a document that identify it if re-used elsewhere. In years past, cartographers used fictitious towns on maps and phone book publishers inserted fake names for similar reasons.

That's what OpenCritic did here. They call their system "horsemen," and it involves making subtle changes to URLs and other data. Today, they published screenshots of that data appearing on Metacritic, which would appear to show that the long-running site was lifting data directly from OpenCritic.

OpenCritic says that they "have requested that they [Metacritic] either credit OpenCritic or begin licensing our API and databases."

It's a strange situation, but it does show that the aggregation game has a new player that's definitely worth paying attention to.