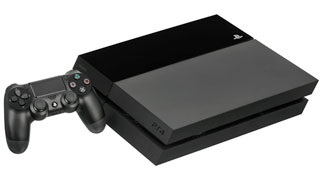 Sony announced today that they've sold over 40 million units of the PlayStation 4.

Sony has been dominating the console war this generation (here's why), and they've just announced another sales milestone: the PS4 has now sold through 40 million units worldwide. According to the press release that announced the sales figures, nearly 271 million copies of physical and digital PS4 titles have been sold as well. Uncharted 4 garnered special mention for its first week sales of 2.7 million units.

Andrew House, the President of Sony Interactive Entertainment, said of the milestone, "We are truly grateful for the enormous support from our fans and partners across the globe, which helped us achieve this significant milestone in such a short span of time."

This is a big win for PlayStation, especially since it represents units "sold through," which means actually purchased by customers, rather than "shipped," which includes units still sitting on store shelves. The PS4 continues to sell faster than any of its predecessors.