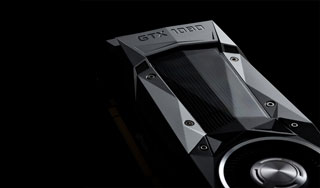 The newest video card from Nvidia is now available, but it's already sold out pretty much everywhere.

If you've been hoping to grab yourself one of Nvidia's new GTX 1080 video cards, you may have missed out on your first chance already. The "Founders Edition" of cards went on sale this morning, and checking a number of retailers, it appears that it's already out of stock basically everywhere.

The new cards have been of great interest to PC gamers, especially after Nvidia's reveal, in which they showed them to be more powerful for gaming than the company's $1,000 Titan cards. The GTX 1080 is priced at $599, with the "Founder's Edition" coming in at $699. The new cards are also more efficient, requiring less power to operate.

No doubt we'll see more stock at retailers soon, but if you were hoping to be one of the first with a GTX 1080 in your PC, it's probably already too late. If you're looking to save a few bucks, you could always wait until June 10, when the GTX 1070 hits stores. You might want to be prepared for it, though, as it's likely to sell out just as fast.