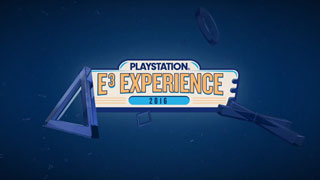 If you can't watch Sony's E3 presser at home, you can catch it in a theater near you.

In 2014, Sony decided to broadcast its E3 press conference to movie theaters around the country, just to see if anyone would turn up. The interest has far exceeded expectations, and Sony has announced that they're repeating the event this year.

In more than 85 theaters across the US, Canada, and (for the first time) Latin America, fans will gather to watch the simulcast and to grab some exclusive goodies as well. In addition to a Coca-Cola cup and card #37 from the PlayStation Collectible Card series, there will also be a basket of digital gifts for each attendee. Sony's not sharing any info on what might be included in that, at least not yet.

If you'd like to go, you can find a full list of the participating theaters over on the PlayStation Blog. Tickets are free, but are distributed on a first-come, first-serve basis. You can try to get yours at PlayStation.com.