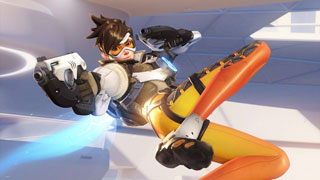 Blizzard has made it official - the release of competitive mode for Overwatch has been pushed back.

UPDATE: Blizzard has clarified that Overwatch's competitive mode is still on track for a late June release, and that the tweets referenced below were in error. Those tweets have since been deleted.

ORIGINAL STORY: Around the launch of Overwatch, game director Jeff Kaplan said in a Facebook Q&A that the competitive mode that had appeared toward the end of the closed beta wouldn't appear in the retail game until "sometime towards the end of June." The reason given was that they had learned a lot from the beta, and they wanted to make sure they got the mode right. This morning, we learned that the mode won't be coming in June after all.

In a post on Twitter (embedded below), Blizzard confirmed the delay, and hinted that even the July date might not be a firm one. "We'll be introducing our Competitive Play (hopefully) later in July. Stay tuned!" the company posted. Reaction to the news ranged from acceptance and happiness that the company was taking the time to get the mode right to anger and threats to go play Counter-Strike instead.

There's no stated reason for the delay, but the odds are that Blizzard wants to make sure not only that the competitive mode is ready for prime time, but that the game's balance is a bit better as well. After all, rolling out a ranked mode and then making sweeping balance changes likely wouldn't be well-received either.

As competitive mode was slated to be the first major content update for Overwatch, this does have some wondering if there will be any additional content forthcoming in June at all. We'll have to wait and see what Blizzard announces along those lines.