Alongside details of the Mafia III Collector's Edition, Mafia II has re-released on Steam with a big sale.

Back in April, 2K announced the Collector's Edition of Mafia III, but they didn't detail what it would include. Today, they've announced the contents. 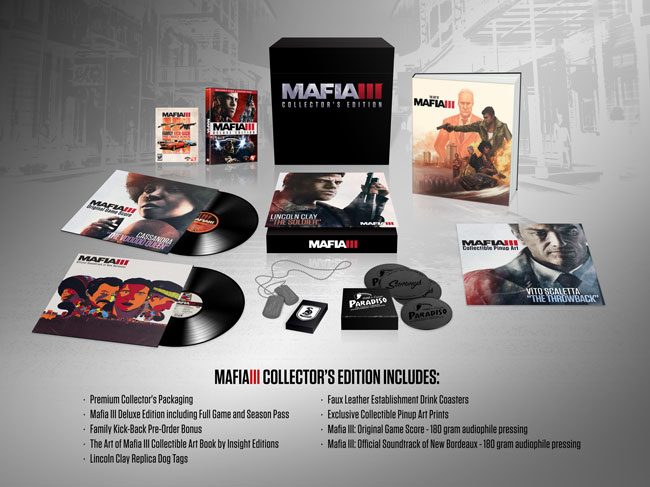 In addition to a copy of the game and the Season Pass (no DLC has been detailed yet), you'll also get all of the following:

If you're wondering if the Mafia series is for you, 2K has re-released Mafia II on Steam today. You can buy it and all of its DLC for 80% off through June 8.