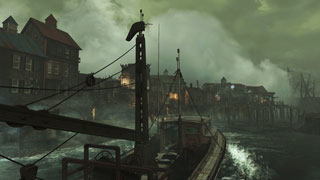 Bethesda has fixed performance issues in the PS4 version of Fallout 4's Far Harbor DLC, but you have to download the whole thing again.

Ever since Bethesda launched the Far Harbor DLC for the PS4 version of Fallout 4, it has had some performance problems. To its credit, Bethesda took note of the issue, and submitted a patch to fix it. Unfortunately, instead of that patch, what we ended up with was a re-released version of the entire add-on.

Bethesda has detailed the steps that players should take to acquire the updated version of the DLC as follows:

The company also said that if these steps don't work for you, you'll need to delete the game and all add-on content, then re-install from scratch.

It's nice to see Bethesda addressing the issues in the PS4 version of the DLC, but it's a shame they couldn't do so in a way that didn't force players to have to re-download the whole thing. Luckily, it's only 3 GB, so it shouldn't be that onerous a task.