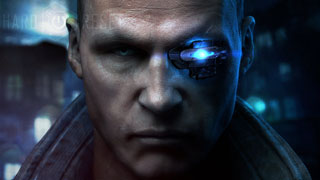 Flying Wild Hog has released Hard Reset Redux on Steam, and if you own the original game (or the 2013 version of Shadow Warrior), you can save big.

Today marks the launch of Hard Reset Redux, the remastered version of the 2011 cyberpunk shooter Hard Reset. The new upgrade adds new enemies, new abilities, a new weapon (a freaking cyber katana!), and improvements to graphics and performance. As a bonus, if you buy Hard Reset Redux, you'll also get the cyber katana in the upcoming Shadow Warrior 2.

If you're a little hesitant to drop another $20 on a game that you might already own, don't worry - you won't have to. If you own Hard Reset or Flying Wild Hog's 2013 version of Shadow Warrior, you'll get 85% off, and right now that means you can get Redux for just $3. It's also 10% off for those folks who don't own either of the developer's previous titles. Unlike the original game, which was PC-only, Redux is available on PS4 and Xbox One.

Hard Reset was a solid retro shooter when it released back in 2011, and Redux definitely looks to be worth checking out.